If you are planning for vacations or thinking of going to a holy place in India? Then, I am sure that this article may help you in your journey. So, here is the list of top 10 Hindu Temples in South India where you can find a peaceful atmosphere. Moreover, in this article, we have revealed the hidden secrets of some famous Hindu Temples in South India. Therefore, let’s have a look at the history of Famous Indian Temples and it’s facts.

In India, the temples, especially in the South Indian States, are not just a place where people visit to worship, but also have a firm belief in God, culture, and medication. Moreover, there is a list of temples with magnificent architecture that makes them the most famous around the world. Also, many other visitors come from other countries to witness the exciting stories and tales about the temples present in India.

In this article, we have summed up some impressive and top 10 powerful Hindu Temples in South India with a unique story.

It is one of the Hindu Temple in South India which is most famous for the god Lord Shiva. The Palli Kondeswarar Temple is located near a small village in Surutapalli, Chittoor district of Andhra Pradesh. Also, here you can see the reclining posture of Parvati on the lap of Lord Shiva as Sarva Mangalambika. According to the legends, Lord Shiva came to this place to lie down and relax after he consumes the poison during the agitating of the ocean of milk.

Being one of the Famous Indian Temple, The Panakala Narasimha Swamy temple is situated at Mangalagiri, Andhra Pradesh. This temple is well known for lord “Panakala Narasimha Swamy”. People believe that God is self-existent in that temple. For the worship, there is no idol, but a wide-open mouth of about 15 cm. When the devotee pours water into the mouth, a gurgling sound occurs. Devotees believe that the lord water.

It is acknowledged as one of the three oldest temples which locates at Thiruppaadagam near Kanchipuram, Tamil Nadu. Therefore, here you can be able to see a 25-ft tall sitting statue of Lord Krishna at the temple. Also, this temple connects with one chapter of the famous Sanskrit story Mahabharata. According to the legends, this is the place where Lord Krishna was revealed his giant form – the Vishwarupa to the king Dridharashtira. 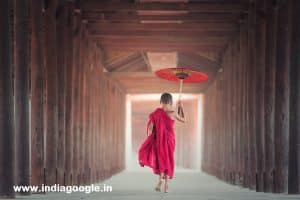 This temple is in Kumbakonam and belongs to Lord Shiva. According to the belief, Lord Shiva became a linga from a coconut. During one time Lord Shiva advised the Lord Brahma to travel to all the holy places and collect sand in a magic pot and mix it with nectar. Also, he asked to place the seeds and coconut on the top. Hence, Lord Shiva promised him that he would present himself where the coconut breaks into pieces.

This is one of its kind temples which is the very powerful and extremely famous temple of Lord Ganesha. This temple locates in Keralapuram, Tamil Nadu for centuries and it is 2,300-year-old. Also, the devotees that are visiting this temple can be able to notice the change of colour from black to white in every six months.

Nurani is a small village in Kerala where Brahmins from many parts of Tamil Nadu has settled down. During a time they found three idols and after some research they did, they concluded that it is demonstrative of Dharmasastha and his consorts Pushkala and Poorna.

The Ananthapuram Mahavishnu Lake Temple is a temple of Lord Vishnu (Sree Padmanabha). It is located in the Kasargod district of Kerala. Moreover, the interesting part is that the temple was constructed in the middle of the lake. Also, it stood in a list of Most famous Hindu Temples in South India.

This Arulmigu Bhavani Sangameshwarar temple is located at the Erode, Tamil Nadu. Also, this is an ancient temple of Lord Shiva. Therefore, the temple recognizes for Sangameshwara. Coz, the water of three rivers met near this temple – Bhavani, Kaveri, and Amutha.

Read Our, Signs of Ghosts Around you, Interesting Facts

Located near the Kollam district of Kerala, Achankovil Temple is one of the magnificent temples of Lord Ayyappa. Also, there is a saying that Lord Ayyappa leads Grihastha Ashrama life in this temple along with his two wives, Pushkala and Purna. Also, there is a belief that the temple cures the poison of snake bites.

Very few people are familiar with the fact that this temple owns a goddess who has an elephant-headed head just like Lord Ganesha. Also, this is one of the unique temples as it is considered as the God of wisdom. Moreover, read extra details about Vinayaki Temple Here.

Hope you got some interesting information about the top 10 Famous Hindu Temples present in South India and it’s facts. Now, lets us know by your comments that, which temple you going to visit with your family or friends.

All Religions are same, all gods will support for good people and good things, lets have a trust on any region or some things and try to obey them with honestly. 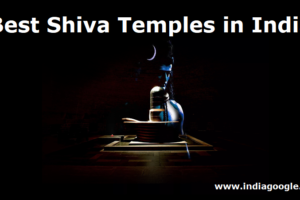 List of Best Shiva Temples in India | Make Sure Your Visits 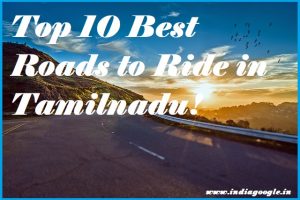 About the Author: Sai Guru

Show your LOVE with US…